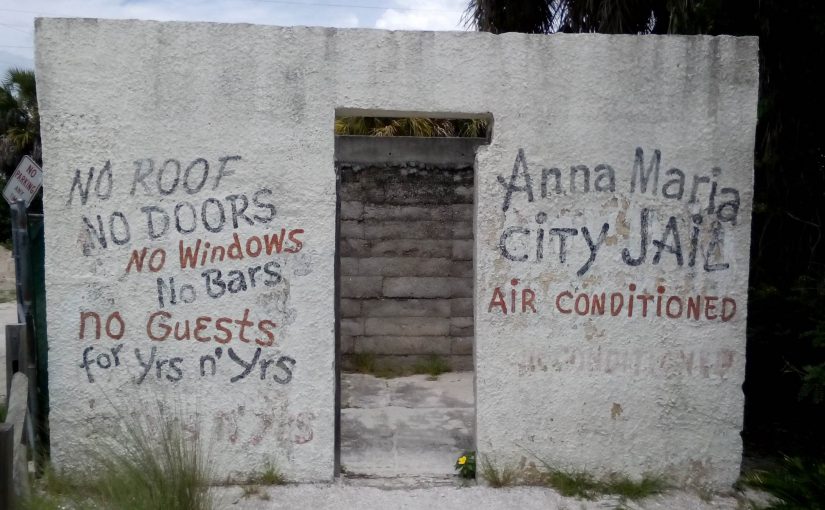 The first settler of Anna Maria Island was George Emerson Bean who built on the island in 1893. George settled in Anna Maria City and his son and associates developed roads and a water system to support homes on Anna Maria, Fl.  One of the partners was Charles Roser.  Charles invested a great deal of money on Anna Maria earned by selling his invention of the Fig Newton to Nabisco.  The same business group built a pier at the end of Pine Avenue in 1911 to draw visitors from Tampa and St. Petersburgh.  The pier allowed for steamers to make daily stops to let visitors fish, bathe in the Gulf of Mexico, and enjoy the sunshine and sand.

How did Anna Maria Island get it’s name?  Well officially in 1943, Washington made the name official.  Unfortunately there are several stories that could explain the name.  One story is the name was taken from the mother of Christ, Mary and her mother, Ann.  Or…One of the early Spanish explorers of Anna Maria Island had a mother named Anna Maria.  We probably will never know for sure but there are more stories that could explain the Island’s name and of course plenty more can be learned by visiting the Anna Maria historical society.

In the back yard of the historical society the “old jail” can be found.  Traditionally the jail offers a fabulous photo opportunity for visiting friends and family.  The jail was built in 1927 originally to handle late disturbances from a newly formed bar on the West end of Pine Avenue.  Anna Maria City needed a spot to hold tavern goers when they created disturbances and needed time to cool off.   The jail had a wooden roof with bars that left jail goers open to a night of mosquito swarms and plenty of bites.  The jail caught fire in a wind storm in the 1940’s and ever since has been used as a popular Anna Maria City photo opportunity.

The first bridge to Anna Maria Island began construction in the mid-summer of 1921.  A significant storm wiped out half the bridge however the bridge prevailed against all odds and was finished in 1922.  The bridge spanned the bay to now Bridge Street in Bradenton Beach to the fishing village of Cortez.  Bridge Tenders pulled a series of cranks to lower vehicle gates and moved to a larger crank which created a gap in the bridge to allow boats to pass by.  Once the boat passed by the bridge tenders would reverse the order to close the gap and allow cars to pass again.  The wooden planks would sometimes slam up and down making very loud noises.

With the help of a bridge more people visited the beach and several business men started the Bradenton Beach Pavilion in the Winter of 1922.  The pavilion had hundreds of lockers, a dance floor, eating facilities and owner luxury apartments on the second floor.  The beach pavilion burned down about a year after opening and the owners rebuilt.  It burned down a second time in 1929 after the Florida Boom and was never rebuilt.

Jack Holmes first arrived on Anna Maria Island in 1925 and it was love at first site.  He served on the city commission for several years.  Jack moved away from the island first to work on a project in New Jersey where he met his wife.  Returned to Anna Maria to leave again during World War II to assist in building camps for the US Army Corps.  Finally after the war Jack returned to Anna Maria Island to purchase 350 acres in the middle of the island and began the transformation of swamp land to bay homes.  A few years thereafter, citizens held a meeting and decided to incorporate the area and name it in his honor, Holmes Beach.

Now skipping ahead 80 years, Anna Maria Island has become more popular, sees more visitors, but much of it’s simplistic nature has stayed in tact due to several zoning guidelines.  No drive thru’s allowed and no construction over 37 feet are a few of the guidelines that have helped keep Anna Maria Island special.  For more information visit Island Real Estate’s local scenewhere there is a ton of information on Anna Maria Island.  If you have never visited, what are you waiting for?  Be careful, one visit can end up being a lifetime but then again, there are worse places to live than paradise.

2 Replies to “Historical Society Is a Must Visit While Vacationing on Anna Maria Island, FL”