Anna Maria- Even though Anna Maria has extremely fun activities, it’s nice to find enjoyable things to do out of town. With so much surrounding the island you’ll have no problem finding something the whole family will enjoy. Here is a list of some of my favorite things to do off the island.

Out of Town Activities

Sarasota is located about 40 minutes south of Anna Maria Island. If you’re looking for a fun mind game, visit Escape Countdown located off of Tamiami Trail. Here you get to pick a themed room such as Jail Break or Mad Hatter and find clues to escape it. The challenge, however, is the 60 minute time limit. You may have up to three clues for free and each added clue takes off two minutes of your time. It’s a lot of fun to do with family and friends and you can have a group of up to eight people. You can reserve a time online or just walk in. Sarasota Lanes is the perfect place to go for anyone who loves bowling.

Ellenton is about 30 minutes away and is home to Ellenton Premium Outlets and Ellenton Ice and Sports Complex. The Premium Outlets offers shops such as Aeropostale, Michael Kors, and Vans. With around 120 different shops, there’s definitely something for everyone. After shopping outside all day, cool off at the ice rink and enjoy one of their two hour long public skates. Wristbands are only $15 and includes rental skates.

If you love golfing, Top Golf is the perfect place for you! Located about an hour away from the island, Top Golf is one of the coolest places to go play golf. Imagine dart boards all over the ground, but instead of throwing darts you’re trying to hit the bulls-eye with a golf ball. Also in Tampa is the Adventure Island Water Park. Here you can find tons of cool water slides, a lazy river, and fun pools to play in.

Overall there’s so much to do on and around the island you’re sure to never get bored. Make sure to check these places out at have fun on your vacation!

While our visitors come to Anna Maria Island to escape the cold, my daughter and I couldn’t wait to see the ice.  The ice, that is, of the Ellenton Ice and Sports Complex and the pairs skaters who will be representing Team U.S.A., Team Canada and Team Great Britain in the Olympics in Sochi this month.  These teams train in Ellenton and are world class athletes.  My daughter was excited to see Nathan Bartholomay and his partner Felicia Zhang, who captured the silver medal in the U.S. National Figure Skating competition in Boston last month, earning them a spot representing the United States in the Winter Olympics.

A few weeks ago, we went as a family to the Ellenton Ice and Sports Complex for the public skating, which is held daily.  My son, in his rented skates, made a valiant effort to make his way across the ice.  He was focused and moved his feet in impossibly little steps as he circled the rink.  He was most delighted in the Zamboni machine as it resurfaced the ice.  Meanwhile, my daughter, glided across the ice- gracefully, existing in a state somewhere between pure joy and pure beauty that made me want to sign her up for lessons immediately. 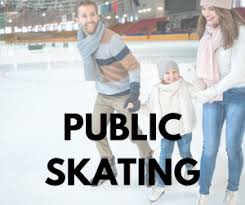 When we returned home, the boy fell asleep early- which makes me want to take him back again and again.  The girl showed off her bruises- some spectacular black and blue ones on her knees- and asked if we could watch the skating competitions on television.  I told her that I could do one better, that I would take her out of school early to watch the young Olympians as they practiced before their trip to Russia.

Together we braved the cold inside the arena to watch the skaters perform spins, jumps, fancy footwork and overhead lifts.  We were delighted and amazed as we cheered on our Olympians.  We took photos for our British and Canadian friends too, and rooted for them all to perform a flawless program.  When the event was over, the athletes gave television interviews, and made time to meet a ten-year-old fan named Bella from Anna Maria Island who came to cheer them on.   Best of luck Team USA!  We will be watching you as you compete, and be ready to greet you when you come back home to your little spot of winter ice in your sunny Florida home.

The Ellenton Ice and Sports Complex is Located just North of the Prime Outlet Mall in Ellenton, Florida, (exit 224, Old Exit 43, off I – 75). The 115,000 square foot “igloo-like” complex is a state-of-the-art facility on the Florida Gulf Coast offering recreational and entertainment activities for all ages. Public Skating is offered daily.

Still need to get more of your “ice” on?  You might want to check out a Tampa Bay lightning game if in season.  What fun!