Jessie’s Island Store is located on the West side of Marina Drive in Holmes Beach, FL and is otherwise known as the Shell gas station.  Jessie’s is a convenience store that offers all the normal convenience store items.  Milk, chips, beverages including alcoholic, candy, maps, and other items that get you through one day or evening.

Obviously the store allows to kill two birds with one stone because you can pick up gasoline for your vehicle also.  Jessie’s offers very reasonable make to order sandwiches, pre-made sandwiches, pasta salads, potato salads, chicken salad, and hot pressed Cubans.
The central location  on Anna Maria Island offers easy access to pick up a quick lunch on your way to the public beach, Holmes Beach skate park, or one of the piers in Anna Maria city.  A quick picnic with the family is just what the doctor ordered!

The Dollar Tree in Holmes Beach is located in the Benderson Plaza by the Island’s CVS and Ace Hardware. The Dollar Tree is super convenient for those on vacation. If you live here, or have visited AMI enough, then you know how crazy busy Publix Supermarket can be. Need some condiments but don’t want to deal with the crowd at Publix? Head over to The Dollar Tree just down the road. They should have what you need, and for only a $1.00 or less! Who doesn’t love saving a little extra cash, especially on vacation!

Another great aspect is that you can pickup some pool noodles and beach toys. There’s no point in spending a pretty penny on things you’ll only use for the week, so go here first for your beach/pool accessories. Of course they also have the typical household items, cleaning supplies, food, snacks, etc. The Dollar Tree in Holmes Beach is definitely worth stopping by and seeing what they’ve got before you go shopping anywhere else.

The fresh Fish Market on Anna Maria Island in Holmes Beach is a great local shop to purchase really great, fresh local fish.  They offer a wonderful selection of fresh catches such as red snapper, salmon, shrimp, and much more.  The selection changes daily with the availability of the fish.  They only offer the  freshest fish, thus the name Fresh Fish Market!

When you order your fish, they fillet it for you right on the spot and also offer some really great recipe ideas. If you are unsure of the best cooking methodology just ask, they are pros and can give you plenty of ideas on how to cook your fresh Anna Maria Island seafood.

The Fresh Fish Market located in Holmes Beach often has several seafood recipe cards sitting out for ideas on what to have for dinner or lunch.  On our most recent visit the Ahi Tuna with Mango & Avocado recipe card caught my eye and will be our next seafood cooking adventure.

The Fresh Fish Market of Holmes Beach, Anna Maria Island has more than just raw fish, they also offer a selection of fresh made soups such as New England Clam Chowder.   The Fresh Fish market also has a variety of fresh spices and organic foods provided by Front Door Organics.

If you are looking for a quick bite to eat they have a small spot to sit and offer fresh made to order salads that can have freshly prepared fish or shrimp added on top!  Wonderful selections of hot chocolate, vegetables, and fruit.

The Fresh Fish Market of Anna Maria Island is a must visit if cooking fresh seafood is on your list of things to do while on Vacation!

Want more choices for fresh fish?  Two great options are both located in Cortez, Florida.  Just off Anna Maria Island in the Village of Cortez. Starfish Company is a great choice and just to the East of Starfish Company is the Cortez Kitchen.  Both sell raw seafood that you can grab and cook.

Looking for the perfect souvenir to give to a friend back home from your trip to Anna Maria Island? If so, then stop by The Green Turtle Shell & Gift Shop in Bradenton Beach!

The Green Turtle has everything from apparel, jewelry, home decor, and more! They also have tons of large shells to chose from so you can always have a piece of the beach with you. It’s a great family owned business that’s just a short stroll from the Gulf Drive Cafe, and across the parking lot from Wicked Cantina.

Speaking of Wicked Cantina, if you bring your Wicked Cantina receipt over to The Green Turtle, they will give you a free necklace similar to the one pictured below!

The Green Turtle Gift Shop is open everyday, from 9AM – 8PM.

Anna Maria Island Sea Salt Florida is nothing like you’ve ever had. Sourced directly from the water around AMI, this is one product you must bring home from vacation!

Sea Salt Florida is a new local company to the Manatee and Sarasota area. Owner and Salt Master Tim Norwood develops only the highest quality sea salt. While he has big plans for the future of this specialty item, the entire process is a labor of love that started off small.

How did Sea Salt Florida get started? 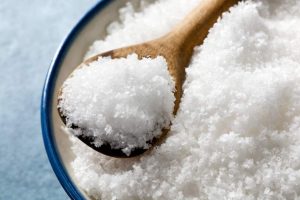 Tim Norwood and his wife always thought they would open a winery. However, after moving to Florida that idea changed to salt. Florida isn’t known for having the best wines, but it does have plenty of salt water!

Like wine making, salt making is an intense process requiring a great deal of knowledge. At times the outcome can be unpredictably amazing, but always requires a creative mind and dedication to hard work. Essentially, Sea Salt Florida became Tim Norwoods Winery.

At 55 years old Tim spent the majority of his career as an engineer with a degree in architecture. Tim has made up tons of innovative ideas working for large companies, but saved one of his ideas just for himself.

He spent a great deal of time developing his craft. After two years of working a full time job during the day while experimenting with salt production all night, Tim became a Salt Master. He has learned everything about producing only the highest quality sea salt. Tim focused on ancient thousand year old techniques of production and believes his to be the best in the United States.

How do you make Sea Salt?

If you are wondering exactly how Sea Salt is made, keep guessing. Tim Norwood keeps this secret closely guarded. With that said, he will gladly tell you the body of water where the salt comes from. In fact, Tim is proud to harvest salt water from Anna Maria Island, Longboat Key, Lido Key, Siesta Key, Casey Key, Venice and Treasure Island.

He mentions Anna Maria Island is his favorite harvest, but that may be due to his fondness of the area. Tim elaborates that the Siesta Key harvest has the most unique flavor of his products, and the Anna Maria Island salt is his most popular seller.

Tim is currently looking to relocate his production to mainland Bradenton where he has been looking at potential facility sites. Once Tim gets his new facility running successfully he just might consider giving tours. Until he knows his company is completely secure, he’s not giving away ANY of his salty secrets.

The goal for Sea Salt Florida is to produce 12,000 pounds of salt a year to supply local and international markets. Tim Norwood is creating a company that is really something special. The type of operation that he can leave to his grandchildren while also bringing permanent jobs to Manatee county.

When you first taste Sea Salt Florida’s Anna Maria Island harvest you will instantly feel like you’re back on the beach. This salt really does taste like the gulf waters of Anna Maria Island. Once you try Tim’s salt you’ll never view store bought products the same. Tim points out, “Sea Salt Florida won’t get your bags checked at the airport like a bottle of wine will”! When leaving Anna Maria Island, you MUST bring home some local salt to go with your new tan.

Where to buy Sea Salt Florida

The secret of Sea Salt Florida is its amazing mineral content. That is where the flavor is. Sea Salt Florida contains as many as 80 different minerals. Iodine is NEVER included. “This is the type of salt people are supposed to eat” mentions Tim, “This is a healthier natural product”.

Sea Salt Florida can be found at a ton of different local retail shops, or on the website.

On Anna Maria Island you can buy Sea Salt Florida at the following:

Tim doesn’t like for his vendor to compete, so you’ll find different products at different locations. Not only does Sea Salt Florida have different harvests, but Tim also offers flavored salts and scrubs.

If you head over to Looney Dunes you’ll find Tim’s salts for sale next to the flavors of wine that the salt has been infused with!

Find a variety of scrubs at the Sea Hagg. Salt Scrubs are not the biggest seller in Tim’s inventory, but he believes his are far superior than other beauty products on the market.

Sea Salt Florida is about community.

Tim has really enjoyed the community aspects of selling salt. He regularly gets thank you letters from buyers. Tim explains, “Giving salt is an ancient form of friendship”.

Local restaurant have begun to approach Tim because his salt is the best. He has even started designing flavors to match Florida seafood like his Lemon Zest flavor created for local fish mongers.

A popular salt on the market is Italian Black Truffle. In Florida we don’t have truffles or a really reliable source to bring them in fresh. Tim had the bright idea of creating a Portabello infused salt because we grow them in Florida and it makes a great substitute for Truffle salt.

Salt really has an interesting history, and its special to continue those traditions. Tim also mentions, “Sea Salt Florida isn’t a political issue because it brings everyone together that is looking for healthier living. Coming together is something people need right now.”

If you run out of salt, just send Tim an email and he’ll gladly send you more. This is the best way to order salt online as Sea Salt Florida doesn’t have a fancy online store set up yet.

Visit local vendors, or head over to SeaSaltFlorida.com for a complete list of flavors as there are many! 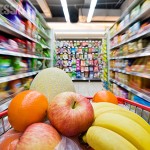 Though Publix is the most evident grocery store on The Island, there are many ambiguous Island bazaars that offer a more subdued shopping experience where you can grab consumables among the eclectic Anna Maria Island charm that dazzles so many of our Island enthusiast. Below you can browse Grocery options on Anna Maria Island as well as off the Island.